We are hugely excited to see our Financial Reporting Matrix promoted in the November edition of the Power BI blog. The blog post contains various exciting updates about Power BI, including a new ribbon diagram that can be linked to Office and a decomposition tree, which is also one of the most sought-after ideas on ideas.powerbi.com.

Microsoft highlights that the Financial Reporting Matrix in its updated version of Profitbase makes it easier to create financial reports using Power BI. They also mention that the visual includes many of the standard formatting options you would expect in a financial reporting tool. The visual has already received an average rating of 4.8 (out of 5) on Microsoft Apps and 5-star reviews across the board.

Enthusiasm for the Power BI environment

The visual has not been out long, but we have already received lots of positive feedback from Power BI users around the world. Users have not previously had access to similar functionality. The ability to add new rows that also can be formatted is proving to be particularly popular. And even our competitors are praising Financial Reporting Matrix.

“As an important player in the Power BI market and a software house committed to overcoming challenges, we are excited about making life easier for Power BI users and finding that what we are doing is making a valuable difference to our customers.”

Developing good P&L statements using the standard functionality in Power BI was challenging and time-consuming. As one of Norway’s heavyweights in Business Intelligence and financial planning solutions, we kept pursuing solutions to this challenge. As we all know, the best way to solve a problem is to make it disappear.

The problem we have solved will help a large contingent of developers and Power BI users. On the Power BI ideas portal, the suggested change called “conditional formatting for total and subtotals…” has received the fourth largest number of votes (4,782). Many frustrated users have also commented on this portal that it will be very difficult to create good financial reports without this functionality. The visual we have created solves this problem. Financial Reporting Matrix is completely free of charge. 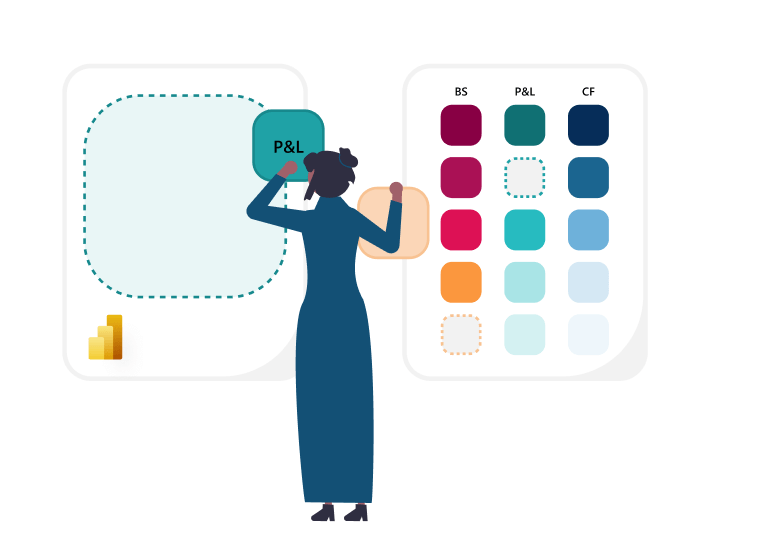